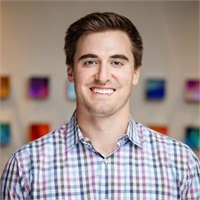 Ross became a household name after his debut with the Los Angeles Dodgers in 2016. It was during the Major League Baseball offseason where he began his career in financial services at B. Riley alongside father and son team of Lynn Houston and Matthew Houston. Within a matter of months, Ross passed his series 7 exam and shortly thereafter his series 66. As his off-the-field business picked up, he also became a trusted source and voice of reason on matters of finance within the clubhouse as well as on business television like CNBC and Fox Business Network. He holds a unique distinction as being named a 2018 National League All Star while also being a Vice President and Financial Advisor at the time. Suffice it to say, Ross has become much more than an athlete.

In 2021, the trio along with Registered Client Services Associate, Zaida Gil, formed a partnership with the launch of Skyward Financial and joined the Wedbush Securities Independent Franchise Owners Network (“IFON”). The team is based in Houston, where Ross spends his off season.

Ross earned his Bachelor’s degree in finance from Texas A&M, where he was recognized as an Academic All-American while establishing himself as one of the country’s best pitchers. He lives in the Houston area with his wife Shelby and their young son. In his free time, he hosts two very well received podcasts Goats on the Bump and The Big Swing where he talks baseball with some of the greats.

Mission Statement
Committed to my clients, dedicated to protecting their assets, and striving to grow their financial success, supported by a firm built on experience, stability, continuity, innovation and financial safety.